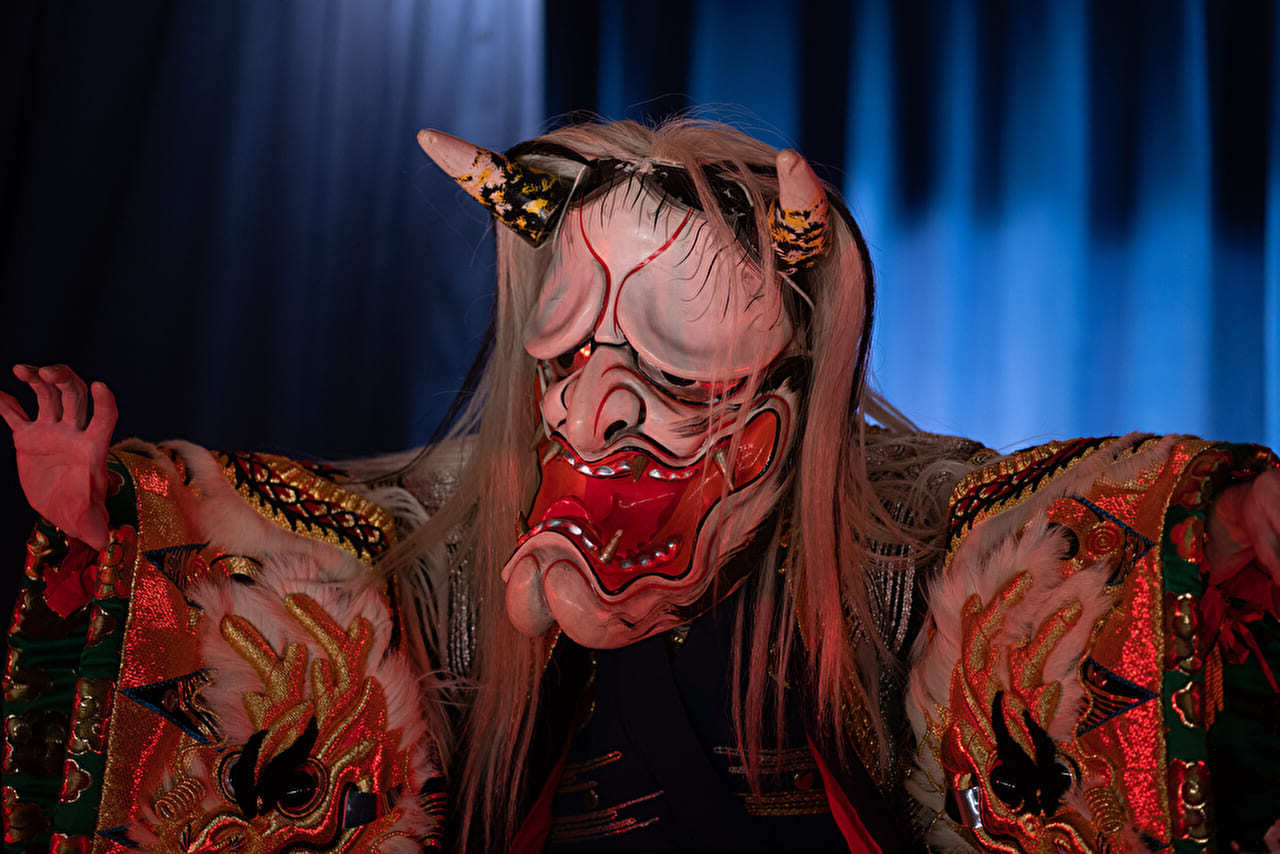 A major feature of Hiroshima Kagura is that the traditional "Mai", which has a strong element as a Shinto ritual, is added with a highly entertaining and theatrical "Mai".
It is a must-see for the production to entertain the elaborate audience with different tastes for each performance.

Hiroshima Kagura is said to be based on the Omoto Kagura flow that has been danced at shrines in the Iwami region of Shimane Prefecture, and is said to be a fusion of various regional flows such as Izumo Kagura and Iwato Kagura.
Currently, Kagura in Hiroshima Prefecture is divided into five Kagura, "Gei hoku Kagura," "Aki junijingi," "Geiyo Islands Kagura," "Hiba Kojin Kagura," and "Bingo Kagura."
There are nearly 300 kagura troupes in the prefecture, but in particular, Gei hoku Kagura, which originated in Iwami Kagura, is a
highly unique kagura that has continued to evolve in line with the times since it was introduced in the Edo period.